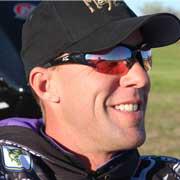 BASS Elite angler and winner of BASS All Star Weekend Aaron Martens is this week’s guest on Tournament Fishing Radio.

Martens won the All Star event, besting Edwin Evers for the top spot on the finale day. Martens is know as an innovator and finesse fishing genius.

“Martens is one of our favorite anglers.” TFR Host Kory Mitchell said. “He is one of the smartest anglers on tour and is always working on something to catch fish.”

Hear the Aaron Martens interview and the rest of Tournament Fishing Radio on Monday, October 15, 2012 on ESPN 1400 (KGMY) at 6:00 pm. Or on Tuesday, October 16, 2012 as streaming audio at www.tournamentfishingradio.com or:

Posted by adminon October 16, 2012October 19, 2012Posted in NewsLeave a Comment on Aaron Martens on TFR NOW

If Aaron Martens wasn’t fishing professionally, he’d choose some other exciting profession, he said today during the B.A.S.S. Twitter chat. In fact, he’d like to be president of the United States!

This question was one of 85 shot at him during a rapid-fire Twitter chat. The 2012 Evan Williams Bourbon All-Star Championship winner gave up all kinds of information about himself — including a couple of honey holes that he’d said he would rather have kept to himself!

Posted by adminon October 10, 2012October 12, 2012Posted in NewsLeave a Comment on Martens for president?

I spent some time in the boat yard at the Toyota All Star event in Decatur, Ill., with some of the best pros in fishing. Kevin VanDam, Aaron Martens, Matt Herren, Terry Scroggins, Gerald Swindle, Brent Chapman, Edwin Evers, Ott Defoe, Randy Howell, Todd Faircloth, and Skeet Reese were all there working on tackle, talking to a few fans milling around, and cutting up with each other as they prepared for the tournament.

While many of those there wanted to talk about autographs, the prior two days of practice or how much they thought they would catch, I dug deeper.

I personally, was more interested in the bait they were tying on and the approach they took to get ready. I wanted to dig into their psyche and understand the competitor. I wanted to understand the mind set, their disposition and even though I listened to their words, I watched their eyes. A few simple questions immediately came to mind. What makes them tick, how do they always figure them out and what makes them better than the rest of us? So much of this game is a mind set, swagger or confidence and I wanted to explore that with them.

All of the other Elite Series events are about points, Angler of the Year and Classic berths but this one was suppose to be more relaxed. No points worries, no Bassmaster Classic at stake, no heavy pressure from sponsors to perform or to attend functions. This was to be like other sports All Star events where the win has less importance. It is about the fans and it’s about the fun. The fans make this sport tick and it was very apparent as they came out in droves both at the morning take off’s and at the weigh in’s. For this group of pros it was time to be on their best behavior, and it was “handshake and baby kissing time.”

Watching them prepare proved much more was at stake than relaxing for a few days on a new body of water. Even though it is more relaxed with less mandatory obligations, their competitive fires still burn too deep not to creep.

Decatur, IL – Over the course of the first two days of competition on Lake Shelbyville at Toyota Trucks All-Star Week in Decatur, Illinois, the 12 All-Star competitors battled the tough central Illinois fishery and combined to bring in a total of three five bass limits.

On Saturday, the field was whittled down to the top four anglers and the venue shifted to Lake Decatur.  Only Edwin Evers managed a limit, boosting the grand total of limits crossing the stage over the first three days of competition to four.

It seemed to reason that when Aaron Martens and Edwin Evers launched their boats for the final round of competition Sunday morning on Lake Decatur, the first angler who managed to boat a limit of largemouth on the shallow water fishery would all but secure the title of All-Star Week Champion.

That wasn’t the case.  Sunday turned into a shootout on Lake Decatur, as both Martens and Evers boxed a quality limit and left the outcome of the final Elite Series event of the 2012 season up in the air until the final bass hit the scales.

Click the above image to see the slideshow at Bassmaster.com.